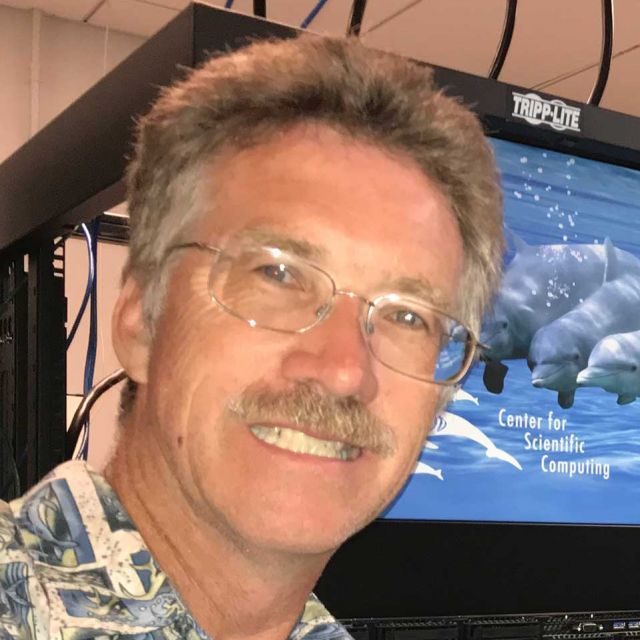 Paul Weakliem received a BA from Boston University (1986) and PhD in Chemistry from UCLA (1992). At Boston U. he got his start in computational research working on percolation theory. While at UCLA as an IBM pre-doctoral fellow, he studied growth and etching of semiconductor surfaces by computer simulation with Emily Carter . He then spent several years as a post-doctoral fellow at UC Santa Barbara studying water and ion migration in zeolites with Horia Metiu. Following his post-doctoral research, he provided computer support in the Department of Chemistry and Biochemistry.

In 2006, he became the CNSI Information Technology Director. His current duties include managing the CNSI High Performance Computing facilities; assisting researchers with compiling, debugging, and optimizing their codes; as well as providing general computer support for the CNSI researchers in Elings Hall. In 2011 he helped found the UCSB Center for Scientific Computing, to help promote the use of High Performance Computing in all areas of research at UCSB.

Co-manages the CSC HPC systems. Assists researchers in using computation, and HPC in furthering their research.