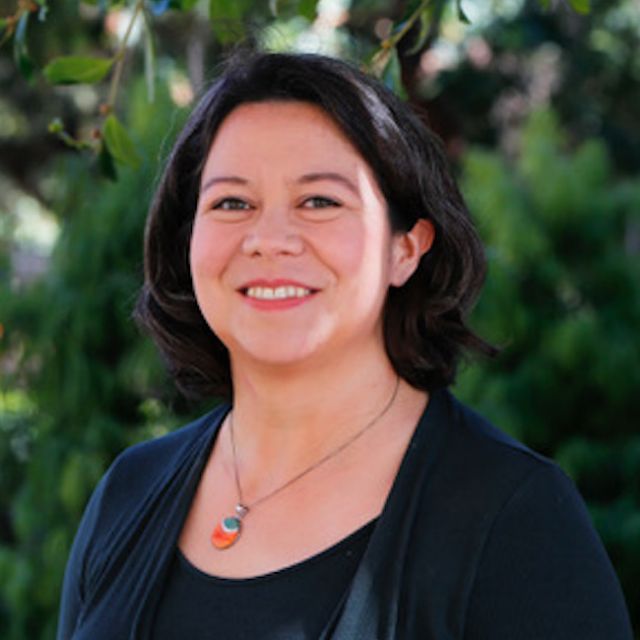 Characterization and Properties
Synthesis and Formulation

Rachel A. Segalman received her B.S. from the University of Texas at Austin and Ph.D from the University of California, Santa Barbara. She was a postdoctoral fellow at the Université Louis Pasteur before joining the faculty of UC Berkeley and Lawrence Berkeley National Laboratories from 2004-2014 during a portion of this time she also served as the Materials Science Division Director at Lawrence Berkeley National Laboratories. In 2014, she moved to UC Santa Barbara to be the Kramer Professor of Chemical Engineering and Materials and became Department Chair of Chemical Engineering in 2015. In 2018 she also became the Schlinger Distinguished Chair of Chemical Engineering and the Associate Director of the UT/UCSB/LBL EFRC: Center for Materials for Water and Energy Systems. Segalman’s group works on controlling the structure and thermodynamics of functional polymers including polymeric ionic liquids and semiconducting and bioinspired polymers. Among other awards, Segalman received the Journal of Polymer Science Innovation Award, the Dillon Medal from the American Physical Society, the Presidential Early Career Award in Science and Engineering, is an Alfred P. Sloan Fellow and a Camille Dreyfus Teacher Scholar. She is also a Fellow of the American Physical Society, an elected member of the American Academy of Arts and Sciences, and serves on the Board of Directors of the Materials Research Society.

Structural control over soft matter on the molecular through microscopic lengthscales is a vital tool for optimizing properties for applications ranging from energy (solar and thermal) to biomaterials. For example, while sequence of monomers affect the polymer chain's shape and the way it interacts with surrounding molecules, the crystal and grain structure greatly affect bulk properties such as ionic and electronic properties, and nanometer lengthscale pattern of internal interfaces is vital to charge separation and recombination in photovoltaic and light emission effects in semiconducting materials. Similarly, biological materials gain functionality from structures ranging from monomeric sequence to chain shape through self-assembly. The Segalman group works to both understand the effects of structure on properties and gain pattern control in these inherently multidimensional problems. We are particularly interested in bioinspired polymers and the role of chain shape and monomer sequence on macroscopic structure and properties.