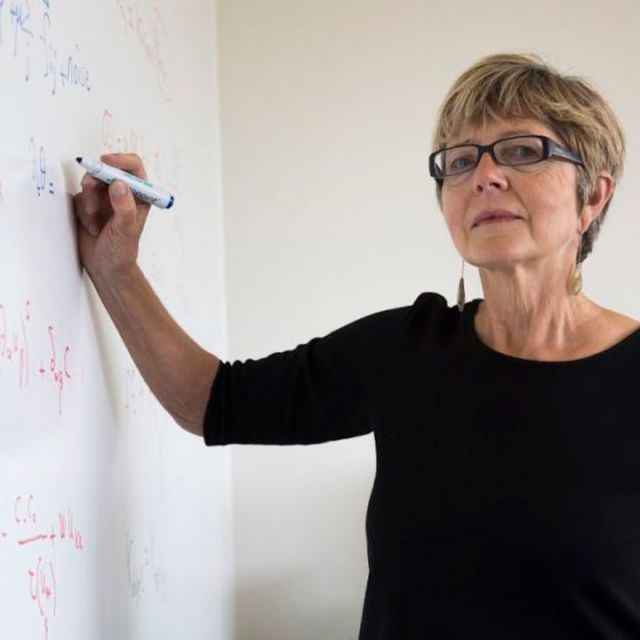 M. Cristina Marchetti was educated in Italy at the University of Pavia, earned her Ph.D. in the U.S. at the University of Florida, and joined the faculty at UC Santa Barbara in 2018, after thirty years on the faculty at Syracuse University. Professor Marchetti is a theoretical physicist who has worked on a broad range of problems in condensed matter physics, including superconductors and driven disordered systems. Currently, she is interested in understanding the emergent behavior of active matter. The name refers to collections of self-driven agents that exhibit organized behaviors on scales much larger than that of the individual. Examples range from the flocking of birds to the organization of cells in morphogenesis, and include synthetic analogues, such as engineered microswimmers. In 2019 Professor Marchetti was awarded the inaugural Leo P. Kadanoff prize by the American Physical Society. She is a Fellow of the American Physical Society and of the AAAS, and a member of the American Academy of Arts and Sciences and of the US National Academy of Sciences. She is currently serving as co-lead editor of the Annual Reviews of Condensed Matter Physics.