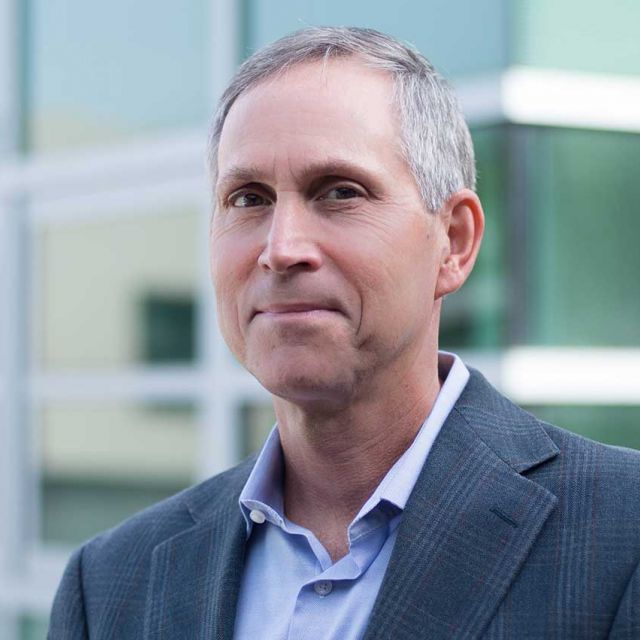 Glenn Fredrickson obtained his Ph.D. at Stanford University in 1984 and subsequently joined AT&T Bell Laboratories, where he was named Distinguished Member of the Technical Staff in 1989. In 1990 he moved to the University of California at Santa Barbara (UCSB), joining the faculties of the Chemical Engineering and Materials Departments. He served as Chair of Chemical Engineering from 1998 to 2001 and in 2001 founded the Mitsubishi Chemical Center for Advanced Materials (MC-CAM). Professor Fredrickson is currently a Distinguished Professor, holds the Mitsubishi Chemical Endowed Chair in Functional Materials, and serves as MC-CAM Director, and Director of UCSB’s Complex Fluids Design Consortium. He has over 375 refereed publications, one book, and more than 15 patents in fundamental and applied topics related to the statistical mechanics of soft materials, including polymers, colloids, and glasses. His current research involves the development of statistical field theory based computer simulation techniques for the design of nanostructured soft materials and bosonic quantum many-body systems.

Since 2001, Professor Fredrickson has held various advisory and management positions with Mitsubishi Chemical Holdings Corporation (MCHC) and its subsidiaries. During the period 2001-2014, he was appointed as Corporate Science and Technology Advisor for Mitsubishi Chemical, Mitsubishi Rayon, and Mitsubishi Plastics. From 2009-2014, Professor Fredrickson served as Executive Director and Member of the Board of The KAITEKI Institute, a long-term strategy unit of MCHC. During the period 2014-2017 he was appointed as Chief Technology Officer and Managing Corporate Executive Officer of the R&D Strategy Office of Mitsubishi Chemical Holdings. Since June 2014, he has been a member of MCHC’s Board of Directors.

The Fredrickson group develops new field-based computer simulation tools and applies them to study a wide range of soft and condensed matter systems, especially complex architecture polymers. The tools arise by converting traditional particle-based models of interacting fluids into field-theoretic form using Hubbard-Stratonovich transforms and coherent state variables. The resulting statistical field theories are complex-valued and have a "sign problem," so cannot be simulated by Monte Carlo or real Langevin methods. The sign problem is overcome by means of complex Langevin sampling, using advanced algorithms developed within the group.