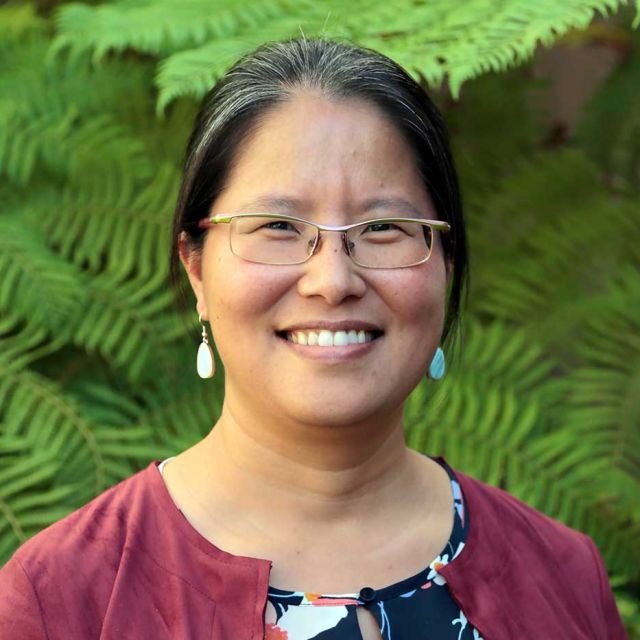 Dr. Han received her Doctoral Degree in Natural Sciences (Dr.rer.nat) from Aachen University of Technology (RWTH), Germany, in 2001. She pursued her postdoctoral studies at the Max-Planck Institute for Polymer Research, Mainz, Germany and the University of California Berkeley sponsored by the Feodor Lynen Fellowship of the Alexander von Humboldt Foundation. Dr. Han joined the faculty at University of California Santa Barbara (UCSB) in 2004, received tenure in 2010 and was promoted to full professor in 2012. She is currently a Professor in the Department of Chemistry and Biochemistry, as well as the Department of Chemical Engineering at UCSB. She is a recipient of the 2004 Camille and Henry Dreyfus New Faculty Award, the 2007 NSF Faculty Early Career Development Award, the 2008 Packard Fellowship for Science and Engineering, the 2010 Dreyfus-Teacher Scholar Award, the 2011 NIH Innovator Award and the 2015 Bessel Prize of the Alexander von Humboldt Foundation. Most recently, Dr. Han was awarded the BP Innovation Award of 2018, and was elected fellow of the ISMAR, joining a distinguished international group of scientist contributing to advances in magnetic resonance.

A concerted effort of the Han lab is to push the frontiers of electron paramagnetic resonance (EPR) and nuclear magnetic resonance (NMR) spectroscopy and relaxometry that enable the study of biomolecular structure, dynamics and interaction with unprecedented sensitivity, resolution and information content. The emphasis is on the interrogation of interfaces and local structures through locally amplified NMR spectroscopy of biomolecular surfaces around electron spin “antennas”. The study of local features at the nanometer and sub-nanometer scale is achieved through the use of strategically placed or intrinsically located electron spin probes and sites, and the orders of magnitudes in NMR signal enhancements, achieved through the polarization transfer from the electron spin probes to the surrounding nuclear spins, relying on dynamic nuclear polarization (DNP) and other technological advances.